If you are an expat living in the Netherlands, one thought-consuming topic, aside from how to stay dry when you cycle to work, has got to be housing. Apartment is a place where people generally spend considerable amount of their time.

In 2017 an average apartment in the Netherlands was valued over 260.000 euros and average rental price for one bedroom apartment is between 700-900 euros per month. The amount of money expats have to spend on housing are especially high in Randstad area where main three cities are Rotterdam, Amsterdam & Den Haag. Despite high housing costs working and living in Randstad area is an attractive option for people from all around the world.

But which location to scout for your living space? What are common problems encountered by expats looking for a house and how to approach them?

The first thing to know when you arrive in the Netherlands for a period that extends four months is that you are obliged to register at the municipality where you live. You need an address to do this. If you arrive through an employer, your employer could help you out with the relatively easy procedure of applying for the so-abbreviated ‘BSN’ (or citizen service number). This is necessarily if you live in the Netherlands.

One common problem encountered by expats living in foreign countries (often for study- or work-related motives) is a language barrier. However, if you are an expat living, or planning to live, in Rotterdam – you are not alone. Almost 50% of all residents in this city are internationals. Whether you are a local, an international or an expat; in Rotterdam you grow up and live together with about 175 nationalities.

Information related to real estate market in the Netherlands is often in Dutch. However, with a help of Google Translate its not hard to understand the most important information. Furthermore, English is widely spoken among Rotterdamers so the language barrier shouldn’t be a key issue in Rotterdam (or in other Dutch cities).

Thankfully, there are TOP 5 APARTMENT RENTAL AGENCIES IN ROTTERDAM which provide information in English and they might help with housing in Rotterdam.

Rotterdam is a patchwork city. The municipality consists of 14 boroughs each with its own vibe. The river that divides the city roughly into two parts (North and South) does not seem nearly as big of a separator as it was twenty years ago. The first sign which changed north- south dynamics was perhaps the establishment of the Erasmus bridge. The north is usually seen as better developed (and more expensive) part of the city. However, most districts in the South (or as Rotterdam locals say: ‘op Zuid’) have undergone some transformation. For example, the district Katendrecht, a used-to- be-unattractive mostly industrial harbor area, has developed into a fresh and vibrant neighborhood including young households, stores, bars and ‘room to play’. The municipality has also installed a safety program, through which bi-annual measurements of different aspects affecting the city’s safe environment are taken.

Over the past decade, overall safety has improved in the city. Charlois and Feijenoord (the South) areas used to be considered less safe. General focus on development in combination with various artist programs has positively affected these areas and made them attractive for people to visit and live. Consequently, there is an increasing number of housing opportunities for expats.

However, if you are working in another Randstad city, commuting from Rotterdam is more convenient from the northern part of the city – as it easily takes an extra 20 minutes of traveling from the South to the central station.

Amsterdam is the most well-known city in the Netherlands and the city with the highest number of expats. Attractiveness of Amsterdam lead to steady rise of housing prices. There is a shortage of available apartments while the demand is huge. Prices of apartments for sale in the capital generally lies above the Dutch average of € 260.000.

If you are a first-timer stepping into the world of real estate as a buyer, you want to feel comfortable knowing what you can bring to the table. There are many helpful websites with useful information, including online mortgage calculators, for example, hypotheker.nl. Unfortunately, a lot of information is in Dutch which can take additional time to translate it.

If you prefer to stick to renting though, be prepared to compete with people coming to Amsterdam from all around the world. For many people it is hard to find a reasonable apartment for an affordable price.

For students it might be easier to find an accommodation since universities might provide needed assistance. However, many expats have to rely on their own. Thankfully, there is no shortage of TOP 5 APARTMENT RENTAL AGENCIES IN AMSTERDAM which can help internationals to find an apartment.

Commuting in The Netherlands

An interesting option and investment to consider in terms of commuting between work and the location of your new house, is to purchase a (proper) bike! Bicycle lanes in the Netherlands are notoriously well developed. But make sure you are aware of some basic cyclist etiquette, though, for your own increased safety!

Last But Not Least: Relocation And Furniture Transport

There are many ways in which an independent-minded person can handle moving to a new home. But they all deal with the same issue: moving personal belongings and lifting weights. For this you need two main things: space and muscle strength. You need to rent a car, possibly a truck depending on the volume of your possessions. It can be challenging to find the right way to tackle your moving – do you count on friends and family to help you out or do you hire Prices? Either of these can be a good option. But the question is what are you looking for?

Specialized moving agencies might give you just that extra sense of comfort and guarantee that the moving will happen without extra worry or responsibility from your side. Imagine: you move to a new house worry-free! Renting a truck and two strong hands can make this dream come true. And spending a little over € 100,- is a small price to pay to make sure that your heavy couch is handled with care. Professional movers can take care of transporting all sorts of belongings, including an antique wardrobe or a piano.

The Ultimate Moving Guide for Students in Rotterdam
Scroll to top
×

Hey, we are ready to help!

Click one of our representatives below to chat on WhatsApp or send us an email to info@oranjetransport.com 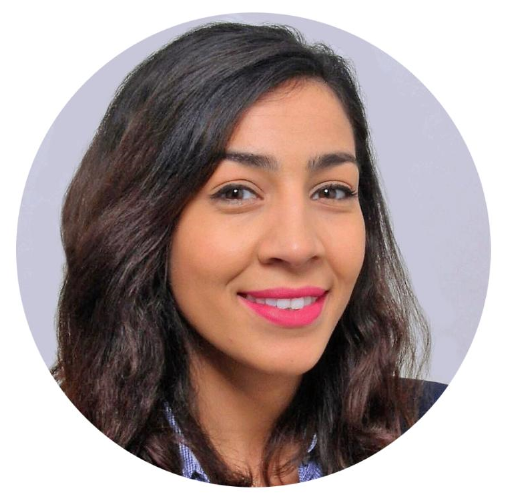 × How can we help you?
If you continue using our website, we’ll assume that you are happy to receive all the cookies on the Oranje Transport website.AcceptPrivacy policy